“Isla’s no trouble is she!? She’s an easy child to look after.” 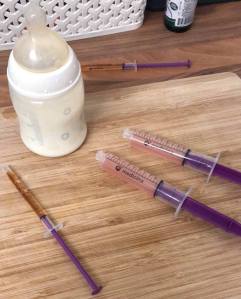 I’ve heard this a few times now from friends and family and although when you watch her most days it’s hard to argue, it also makes me want to scream. Fair warning: It gets to me for a few reasons so this may be a bit of a rant post and releasing of steam. Nothing against anyone who has ever said it… I just make it look easy

Every parent worries about their child. It’s natural. It shows we care. However, Isla’s condition amplifies this worry to levels most wouldn’t understand. I’ve helped and supported countless families who’ve learned about a loved ones Long QT diagnosis, telling them, ‘it’s a manageable condition’, ‘you’re safer knowing they have it than not’, ‘if they’re on the right medication they will live pretty much a normal life’. Perhaps I’m guilty of talking the talk but not walking the walk. Maybe it’s because I know/have seen too much. I’ve seen Isla have cardiac induced seizures where her rhythm has gone so bad it’s reduced her oxygen supply to her brain. Sometimes a prolonged stare, a quiet moment, a random cry, will set off panic alarms inside me. This is even worse at night. I know no parent ever really properly sleeps again after having a child as they always have one ear open. My issue with Isla is that her LQT Type means she is at most risk when asleep. That means any movement, any lack of movement, any noise, any lack of noise, makes me nervous. Most of the time she’s fine but she’s such a ‘case’ that my threat level is always on red. I’m tired physically but also mentally.

Isla’s an easy child to look after because we’ve got her to the point where she is. It’s taken a hell of a lot of hard work to get her to where she is.

Since day 1 I’ve calculated and determined her Mexiletine dose. Now we’re at home I still weigh her, calculate her cardiac meds dosages and do weekly ecgs to make sure that the dose is still appropriate for her heart rhythm. Sometimes I have to increase it, sometimes I have to reduce it. I decided independently to take away Isla’s epilepsy medication after deciding it wasn’t doing anything. I read medical papers and journals on Long Qt and medications and then email consultants, doctors and pharmacists around the world to discuss ideas and theories. Soon I’ll be having to test some theories on stomach pH and Mexiletine on Isla and talking to a doctor in Florida about the effects on her heart. Dr Dave is for real. Needless to say, on some days I feel this pressure and the responsibility overwhelms me. That’s certainly not easy.

We have had appointment after appointment. We’ve had home Physio, Physio, cardiac, neurology, ears, eyes, Dieticians, gastro, podiatrist, endocrine, blood tests… don’t think I’m leaving anyone out. They’ve all helped to get us to where we are today. But above all that, it’s been time at home on the floor trying to help her catch up with the gross motor skills she was unable to develop for so long. She’s a 2.5 year old trapped in a 1 year olds body. For us, and more importantly for Isla, it’s been frustrating. Everyone has worked hard helping Isla gain strength and be able to be independent. Isla’s first Physio, Emma, was amazing and gave us lots of exercises we had to do between appointments. From her first session where we had cushions surrounding her and had to support her sitting up for a few seconds at a time, to her last before Emma’s maternity leave, Isla holding her hand walking round the house, it’s been a long, hard journey.

The daily routine is hard. Isla’s medication is so strict time wise that it can’t be 10 minutes late. Having a lie in isn’t a possibility. It’s taken a lot of drug testing to get Isla’s Mexiletine to taste palatable. The different stevia also costs a small fortune; it’s worth it though as it has improved the medicine time experience. My mum helped with the taste tests for Mexiletine; after 5 or so different strengths and flavours mum told me her throat felt funny… I’d been dipping my finger in, she’d been taking swigs!! Mexiletine is effectively oral lidocaine, an anaesthetic, so it’s not really a surprise her throat felt funny. Still, it was interesting because that’s how Isla would feel from having 13ml of it. The first time our health visitor saw Isla have her meds she understood our daily struggle. Typically, Isla chose this time to kick off royally: was sick, spat out some Mexiletine, screamed and kicked, the whole shebang! I know kids don’t like having medicine, but when it’s medicine that saves their life and every ml counts, it’s extremely stressful. And it happens 3 times a day. Her routine also means it’s actually quite hard to get out and see friends due to the timing of milk and drugs and how she feels after it.

Isla is easy to look after; but I don’t want her to be. She’ll happily sit and play in her own little world and smile and laugh at her toys. She doesn’t need adult interaction and most of the time she doesn’t want adult interaction to be happy. I really wish she did! I don’t want to be sat on the sidelines. I want to hear ‘dad’ a thousand times a day. I want to be pestered by her and be bossed about by a little 2 year old tyrant. It is easy to watch Isla play. I could just sit on the sofa and watch her but if I did that who does it help? Half my battle is trying to do things to play with Isla and have one way conversations about nothing. I’m sure *if* Isla does start talking she’ll never shut up. Bring it on! I can’t wait! Plus it would also be pretty handy when she can tell us how she feels, even if it is ‘No!’.

So there, 90% of the time Isla is easy to look after. Would I trust you to do it? No! Would you be happy with 10% of the time controlling seizures, analysing heart rhythms and calculating new doses of beta blockers and sodium channel blockers based on what you can see? It’s like a constant game of Buckeroo! I’m just glad I have a supportive Team Isla, especially mum who comes round early to get Isla up and ready so I can have a lie in most days… think I’d be in an early grave after nights when Isla plays shenanigans otherwise!

Isla is anything but easy… however she is amazing and awesome, so loving her is a piece of cake… except not a piece of cake because I’m allergic to cake!