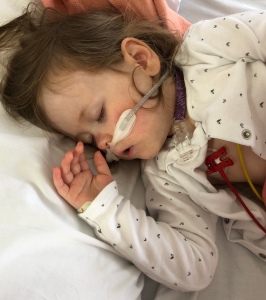 These last few weeks have been a very stark reminder (as if I needed one) about how fragile Isla’s life actually is. I think we’d entered a false sense of security because she’d been doing well for so long. The fact she can run around and laugh while inside her heart is doing all kinds of crazy stuff is frightening. When she was born someone gave us a present to name a star after her. She calls Isla ‘Little Star’. 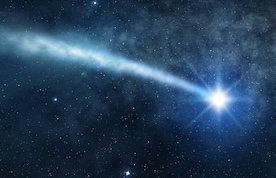 It’s actually probably a good description of her. Although I’d say Isla is like a little shooting star, or more accurately a world ending meteor. She’s beautiful to look at… but she has the potential to destroy our world. Islageddon. 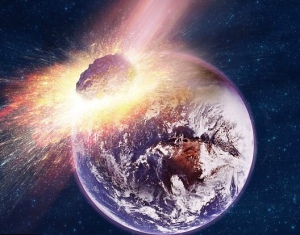 On the 14th November I thought she was a goner. Having the crash cart in her room and seeing her having multiple episodes of Torsades ranks up there with one of the scariest days of my life. 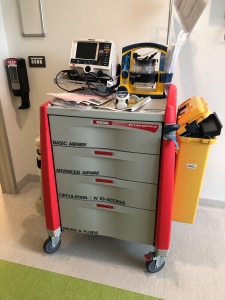 The cardiac registrar on that day would probably concur, she later admitted she thinks that her own heart rate hit 280, she was shaking and was terrified. ‘I have seen a Torsades in a text book, but in real life it was one of the worst things I’ve ever seen. I didn’t think she was going to come out of it.’ This is what I mean when I say she scares doctors. Sorry Eva!

At the pacemaker clinic on last Thursday it was incredibly hard to hear how severe Isla is. It wasn’t anything I didn’t know, but it’s just worse hearing it come from a consultant who has studied Long QT. This last episode has probably brought forward the time frame for Isla getting an internal defibrillator because as long as she was safe on Mexiletine it could wait. Ideally they like children in the UK to be 8 but if push comes to shove Isla will be getting one sooner rather than later. With the way technology is advancing I’d really rather hold off on an ICD for her but if we can’t we can’t. If they put in a matchbox sized device full of wires and the next year a small wireless chip comes out that does the same job I’ll be fuming.

But I guess that’d be the case every year. I’m one of these people who goes on the internet to buy a cheap laptop, but when assessing the options; that upgrade is only a little bit more and would make a huge difference, then the next one is only a little bit more than that and would future proof it… before I know it I’ve built a £10k super computer rather than a £100 laptop.

The escalation or potential escalation in Isla’s treatment had been a cause for increased anxiety recently. My Facebook feed nowadays is mainly full of posts from Long QT forums. The most common one goes something like, ‘Hi, my son/daughter has just been diagnosed with Long QT and I’m devastated and terrified. Looking for any advice and success stories around it.’ I’ll see that about once a week. I’ve said this many times but with Long QT, knowing you have it is half the battle. At the moment I feel like it’s like 10% of the battle. It’s a bitch. Living with Long QT is hard.

It’s not just the condition itself, Long QT has so many implications and ramifications on other aspects of life. They say cardiac children are more likely to be hit harder by the winter months. A cough and a cold can hospitalise them. However, Isla isn’t really a cardiac child, she is a rhythm child, so why has it had such a big impact on her? With CHD (congenital heart defect) patients there is usually a respiratory factor involved because of oxygen circulation and faulty plumbing to the lungs. Isla doesn’t have any of those issues. Yet, a simple RSV put her in hospital for over a week. Isla was premature (33 weeks) when she was born so that does play a factor in her development and immune system. Preemies are notorious for being hit hard by infections and viruses. Isla has also spent a very long time in hospital or isolated from others due to her seizures. There have been so many times when we’ve planned to go to groups or out and about and Isla’s health has prevented us from going. Basically, Isla doesn’t have a strong immune system. Catch 22: She won’t build a stronger immune system unless it’s exposed; but catching things for Isla means seizures and usually hospital. Now I know that’s not particularly cardiac related but her Long QT and medications for it have knock on effects for basic treatments.

Here’s where things get complicated… There is a list called CredibleMeds which is a huge list of medications that people with a long QT can’t take as they prolong the QT interval or increase the risk of Torsades. It’s like a shit version of The Price Is Right when in hospital with Isla. While in Bolton with Bronchiolitis (something usually seen in 1-2 year olds again showing Isla’s immature immune system) the doctor wanted to give her an antibiotic, I immediately told her Isla couldn’t have it. Upon learning Isla couldn’t have the drug they prescribed the doctors were disappointed and had to reconvene and create plan b using a less targeted and ‘less effective’ drug.

Cue Brucie: ‘Here’s what you could have won… there goes the jet-ski!’ 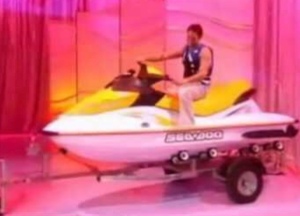 When she was struggling to breathe they wanted to give her Salbutamol. Nope sorry she can’t have that either. ‘I’ve never seen a patient who can’t have Salbutamol, it’s one of our staple drugs!’

Brucie: ‘And there goes the rise-along lawnmower!’

They then gave her Atrovent because ‘it doesn’t prolong QT intervals’… after seeing Isla’s ecg while she had it, and for the hour after she had it, I can assure anyone that it does.

That’s the equivalent of the woman with no legs who won the treadmill (true story).

I went and told the nurse looking after her and found an article to back me up. She went to the doctors, who responded with the usual disdain when told something by a parent, fortunately one of the consultants who knows Isla, and me, very well, shot down the registrar with a simple, ‘This dad knows what he’s talking about. Don’t give her any more.’ No Brucie Bonus in this gameshow though, she just had to struggle without any intervention. Long QT Syndrome really is a scary condition and Isla really is a scary little girl.

Isla is 3 next week and yet I feel she’s only just starting to live her life and be able to explore the world around her. Yet, every hospital stay, seizure or heart event is a massive set back. She can have bloods taken without a cry or a moan but little disturbances in her delicate eco system can cause havoc. If I keep you at arms length this winter this is the reason; either she has a cold and is vulnerable, or I’ve sensed you’ve sneezed once in the last fortnight. At the moment she seems to be hitting her terrible twos. Which is great and probably an indicator of where she is up to on a conscious level. She knows what she wants but she can’t yet communicate that to us. However, every morning I go to pick her up out of her cot she has a huge smile on her face. She’s just happy to be alive. 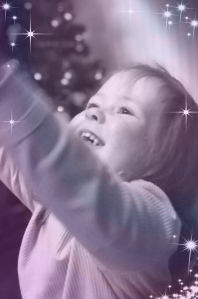 My little shooting star; a thing of great beauty, hurtling through life without a care in the world. My little meteor; keeping me up at night thinking of ways to avoid Islageddon.

(Before comments I know what a shooting star actually is and the subtle difference between the 2, but, if Hollywood can use artistic license then so can I!)